7. Is “addressing the hearts of abusive men” the best way of reducing violence against women, Chris Moles?

Chris Moles believes that “the most effective means of reducing violence against women is addressing the hearts of men”.

And for Chris, that means addressing the hearts of abusive men. 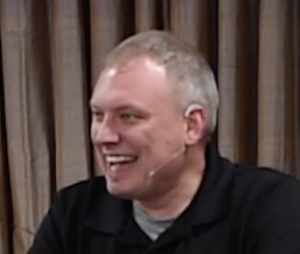 Chris Moles speaking to an audience at Reformed Theological Seminary

But what if addressing the hearts of abusive men is NOT the most effective means of reducing violence against women?

What if working to change the attitudes and beliefs among the overall male population is the most effective way of reducing violence against women?

Men who abuse their female partners have adopted distorted thinking from puberty or even younger. And once a man starts abusing women he locks in, in many ways.

Skilled male offenders find it easy to get away with what they do, because they are seldom sanctioned. Many men who abuse women get collusion everywhere they go.

It is pretty unusual to come across non-abusive men…