I would love to reconcile with my dad. But I need to see repentance.

I grew up in a Christian home. I should clarify, my mother’s faith was always an inspiration to me, but all I saw with my father’s so-called faith was hypocrisy and using the Bible as a weapon against others.

Then one day, my mother came to me weeping over my father’s actions towards her. She had nowhere else to go, as over the years she had become more and more isolated, and bought into the lie that as a good Christian woman she shouldn’t talk about her marriage issues with anyone and cover her husband’s sin.

She came to me out of sheer desperation because the emotional abuse had got so severe. I was shocked but strangely not surprised. I guess I had always seen my father’s antics, just was surprised how far he had taken things this time.

I begged mum to go get help from another Godly couple…

An Open Letter to Heath Lambert and Leadership of ACBC

via An Open Letter to Heath Lambert and Leadership of ACBC 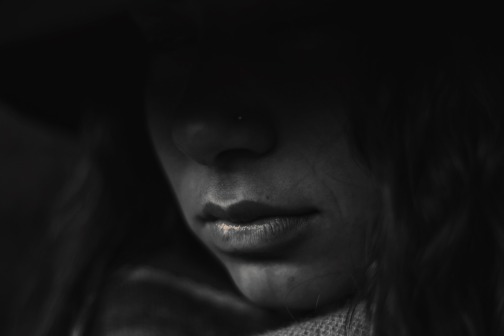 Heath Lambert is the Executive Director of ACBC and spoke on Restoration After Abuse. In this speech, he discusses two extremes of how Christians respond to abuse. Christians will either tell a victim to get out of the abusive relationship or they will tell the victim to submit more and pray more. He then offers a lengthy response on how to help a victim to restore relationship yet keep her safe.

Chris disapproves of survivors having a victim identity or victim-hood status.

He conveys the idea that victims are somehow wrong to be so aware of their victim-hood.

It’s an interesting thing in the victim-care work, that many victims’ identity will be so tied to their victim-hood status.

And one of the things biblical counselors have done is we don’t like victim status. Right? So we dismiss it, rightfully so, 90% of the time. But this percent of the time we might need to walk with them graciously to get them out of that, because we don’t want to drive them further into it – we want them to have victory right?— not be a victim.

And yet, if you’ve been a victim for 25-30 years, it’s kind of ingrained in you, isn’t it? Do you think you’re going to trust easily if you’ve…

Thoughts on Psalm 129, from a sermon preached at First Reformed Church, February 9, 2014.

This is a psalm about evil…

10. Victim care is vital – Chris Moles & other biblical counselors are falling short in this

Victim safety and wellbeing must be the fundamental guiding principle if you are counseling  abusive men or doing anything to hold them accountable and call them to reform.

It’s vital to put victim safety and wellbeing first. Any person or agency that works with abusive men must see the victim (not the abuser) as their real client. This is what No To Violence (NTV) says. They’re an organization which sets standards for Men’s Behavior Change Programs in Australia. And this principle which they uphold is consistent with Christianity.

The Bible tells tells us to remember the poor (Gal 2:10). And it tells us that we ought to prioritise those who are of the household of faith (Gal 6:10).

Therefore, if Christians are to do good in field of domestic abuse, they must especially do good to those who are experiencing abuse in the body of Christ. And that means real

Silence As Defiance: Tamar’s Desolation — a reblog from The Shiloh Project

An anonymous, personal reflection on the experience of sexual exploitation in childhood. The reflection also draws in the biblical story of Amnon’s rape of Tamar (2 Samuel 13). On the one hand this is a declaration reminiscent of #MeToo but it is also an expression of defiant and articulate silence and a reminder that there isn’t a single, let alone a ‘right’ response to sexual violation.

“I come from a place where breath, eyes, and memory are one, a place from which you carry your past like the hair on your head.”

I have always been intrigued by silence; it has given me the space to observe and understand people.  Because of my mother’s influential position as a prayer warrior within the Christian community, our house was constantly filled with people, especially troubled women.  Since I was just a young girl, invisible in a patriarchal world, no one…

Abuse in the church

A couple of years ago I was at a dinner with 9 other pastors and church leaders. The subject of my book and our ministry came up. So I took 3 or 4 minutes to talk about childhood sexual abuse. I mentioned a few statistics about the extent of abuse. I also mentioned how devastating abuse is to children and emphasized the need to hold offenders accountable. Then I set back and listened for the response. It was typical, sad to say. These were literally the first three responses. The most senior pastor was first, “We have to be careful that we are not on a witch hunt”. The another leader spoke up and said “We have to be careful not to judge”. And then the third was “We have to be loving”. I wasn’t surprised but very disappointed. When I had time to think about it on the drive home I was furious. Not one of these pastors or church leaders had expressed any compassion or concern for the children being raped and molested but they all instinctively spoke out against holding offenders accountable. This is outrageous and inexcusable and yet I believe it is the normal response from most pastors and church leaders. There are exceptions of course. I also believe that these same leaders are no different than the evil shepherds of Ezekiel 34:1-10 “And the word of the Lord came to me, saying, 2 “Son of man, prophesy against the shepherds of Israel, prophesy and say to them, ‘Thus says the Lord God to the shepherds: “Woe to the shepherds of Israel who feed themselves! Should not the shepherds feed the flocks? 3 You eat the fat and clothe yourselves with the wool; you slaughter the fatlings, but you do not feed the flock. 4 The weak you have not strengthened, nor have you healed those who were sick, nor bound up the broken, nor brought back what was driven away, nor sought what was lost; but with force and [a]cruelty you have ruled them. 5 So they were scattered because there was no shepherd; and they became food for all the beasts of the field when they were scattered. 6 My sheep wandered through all the mountains, and on every high hill; yes, My flock was scattered over the whole face of the earth, and no one was seeking or searching for them.”

7 ‘Therefore, you shepherds, hear the word of the Lord: 8 “As I live,” says the Lord God, “surely because My flock became a prey, and My flock became food for every beast of the field, because there was no shepherd, nor did My shepherds search for My flock, but the shepherds fed themselves and did not feed My flock”— 9 therefore, O shepherds, hear the word of the Lord! 10 Thus says the Lord God: “Behold, I am against the shepherds, and I will require My flock at their hand; I will cause them to cease feeding the sheep, and the shepherds shall feed themselves no more; for I will deliver My flock from their mouths, that they may no longer be food for them.”

Will the church ever wake up? When many non believers are appalled at what is happening to children and the church just winks at it like it is no big deal, something is terribly wrong.

7. Is “addressing the hearts of abusive men” the best way of reducing violence against women, Chris Moles?

Chris Moles believes that “the most effective means of reducing violence against women is addressing the hearts of men”.

And for Chris, that means addressing the hearts of abusive men.

Chris Moles speaking to an audience at Reformed Theological Seminary

But what if addressing the hearts of abusive men is NOT the most effective means of reducing violence against women?

What if working to change the attitudes and beliefs among the overall male population is the most effective way of reducing violence against women?

Men who abuse their female partners have adopted distorted thinking from puberty or even younger. And once a man starts abusing women he locks in, in many ways.

Skilled male offenders find it easy to get away with what they do, because they are seldom sanctioned. Many men who abuse women get collusion everywhere they go.

It is pretty unusual to come across non-abusive men…

The Bible makes a distinction between unintentional sin and intentional sin. This is important when we consider how we, as Christians, are to respond to domestic abusers.

The distinction is set out in the Law which Moses gave to the people of Israel. Numbers 15:22-31, NKJ –

If you sin unintentionally, and do not observe all these commandments which the Lord has spoken to Moses— all that the Lord has commanded you by the hand of Moses, from the day the Lord gave commandment and onward throughout your generations— then it will be, if it is unintentionally committed, without the knowledge of the congregation, that the whole congregation shall offer one young bull as a burnt offering, as a sweet aroma to the Lord, with its grain offering and its drink offering, according to the ordinance, and one kid of the goats as a sin offering. So the priest shall make atonement for the whole congregation…